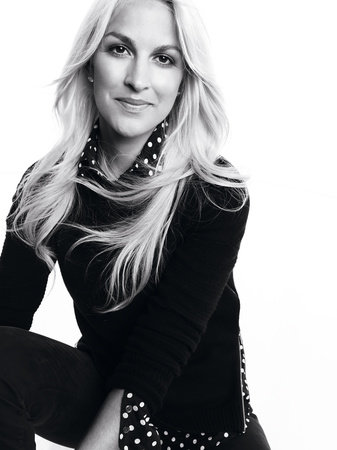 Kaitlin M. Roig-DeBellis is the Founder & Executive Director of Classes 4 Classes, Inc., a 501(c)3 organization. Kaitlin founded Classes 4 Classes knowing that positive social change was needed, and that this needed to begin with the youngest members of our society, our K-8 students. Classes 4 Classes is a social networking tool, for every student in the United States to learn: compassion, caring, kindness, empathy, consideration, through active engagement. Classes 4 Classes has worked with over 1,000 students in 10 states. In 2016 they are expanding to all 50 states.

Kaitlin was selected as a Top 50 Teacher by The Global Teacher Prize, out of over 8,500 teachers in 155 countries. In 2016 Kaitlin will receive the Ellis Island Medal of Honor. Kaitlin speaks to School Boards, Administrators, Teachers and Students around the world as a key note and commencement speaker. Kaitlin is the author of 'Choosing Hope: Moving Forward From Life's Darkest Hours' published by G.P. Putnam & Penguin. 'Choosing Hope' is a finalist in the category of memoir for The Books For a Better Life Award. Kaitlin teaches Education courses at Bay Path University as an Adjunct Professor. Kaitlin serves on the Uconn NEAG Alumni Association Board of Directors and also serves on the awards selection committee. She also serves as a mentor for the Leadership Legacy Experience at Uconn for extraordinary students.

In October 2014, Kaitlin received the alumni association's Humanitarian Award from her alma mater, The University of Connecticut. In May 2014, Kaitlin received two Honorary Doctorates, one of Humane Letters from Bay Path University and the other of Public Service from Luzerne College. Kaitlin delivered a TED x talk at UMass Amherst in April 2014. Kaitlin and her non-profit have been featured in People, Glamour, Marie Claire, and Cosmopolitan, as well as, on World News with Diane Sawyer, Anderson Cooper, Katie Couric, Extra and Yahoo News!

In 2013 Kaitlin received the Dedicated Teacher Award from The Chicago International Conference on Education. Kaitlin writes educational blog posts for the Huffington Post weekly. Kaitlin also contributed to the book 'Teaching From the Heart' volume 2, published in May 2014. Kaitlin ran the NYC marathon, in honor of 12/14/12, and the lives lost.

In 2013 Kaitlin was honored as one of Glamour Magazine's Women of the Year along side Nobel Prize nominee Malala Yousafzai, Congresswoman and shooting survivor Gabby Giffords, and Emmy nominated actress Kerry Washington, among others. Previous Glamour Women of the year include Former First Lady and teacher, Laura Bush and Former Secretary of State Hillary Clinton.

In 2007 Kaitlin began teaching first grade at Sandy Hook Elementary School. There she served on the Math Committee, Language Arts Committee, Action Research Committee, and Social Committee. She also began Marathon Mondays, a running club for 3rd and 4th grade students. Kaitlin began her teaching career as a Reading Specialist in Westport, CT in 2006. While there, she worked with first and second grade struggling readers. Kaitlin worked closely with teachers, and administration to implement strategies and action plans for these leaders.

Kaitlin served as the Historian for the NEAG Student Association and was a member of Kappa Kappa Gamma Sorority where she served as Membership Chair, Recording Secretary, and on the Scholarship Committee. She worked as an intercollegiate athlete tutor to refine study skills and plan essays, as well as a study hall monitor for the UCONN Men's Soccer team.