Innovation, evolution, and an unwavering focus on careers have been part of the Bay Path story for 125 years.

We embark upon this quasquicentennial milestone with the support of our honorary chairs, longtime friends of Bay Path who are graciously lending their time and passion to help champion our mission and foster our continued growth.

Our role in providing an education that strengthens the regional workforce began in 1897, when the Bay Path Institute opened its doors in downtown Springfield to train students to fill burgeoning office roles. Since then, we have continually reimagined what a career-focused education looks like, how to deliver it and whom it must serve.

Our evolution proudly parallels advancements in women’s professional opportunities and aspirations, and our history is inscribed with the same momentum, determination, and ambition our students bring to their education.

Today, as Bay Path University, we are entering an era of epic transformation, knowing that our mission to empower learners with the knowledge and skills they need to thrive in their careers, chart their own courses, and transform their lives and communities is as critical as ever.

It’s time to reimagine a bigger, bolder, fairer future, for Bay Path and beyond.

We invite you to accompany us through this year of reflection and reimagination. 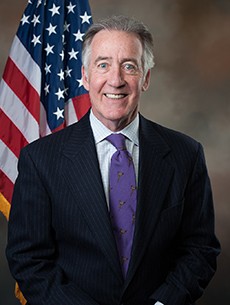 Richard E. Neal is the United States Representative from Massachusetts’ First Congressional District (D) who has represented the people of western and central Massachusetts since 1989. Elected by his colleagues to serve as Chair of the House Committee on Ways and Means in 2019, Congressman Neal oversees all taxation, tariffs, and other revenue-raising legislation, as well as Social Security, unemployment insurance, healthcare, and worker and family support.

Congressman Neal is the dean of both the Massachusetts Delegation and the New England Congressional Delegation. Congressman Neal is an At-Large Whip for the House Democrats and is the Democratic Leader of the Friends of Ireland Caucus. He is a long-time guest lecturer at the University of Massachusetts in Amherst and a National Trustee of John F. Kennedy Library in Boston.

While holding office, he has stood firm in his commitment to support education as a catalyst for improving healthcare and providing opportunities for the underserved. In pursuing those goals, Congressman Neal has found a dedicated ally in Bay Path and the University’s mission. His efforts in securing numerous federal grants for Bay Path, such as the most recent grants to fund the Primary Care Training & Enhancement Program and the Behavioral Health Workforce Education and Training (BHWET) Program, has been nothing short of transformational for both the University’s academic programs and the region as a whole.

Prior to his time in Congress, Neal was a high school teacher, member of the Springfield City Council, and served as the Mayor of the City of Springfield from 1984 to 1988. 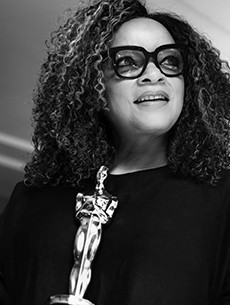 Ruth E. Carter, a Springfield (MA) native, is the 2019 Academy Award winner in Costume Design for Marvel’s Black Panther, making history as the first African-American to win in the category. Carter wowed audiences and dazzled critics alike with Afro Future looks that empowered the female form and turned a superhero into an African King.

Inspired by African tribal wear, Carter fuses traditional and contemporary while incorporating technology to deliver fashion and function, and in doing so creates authenticity and ownership for all. It has cemented her reputation as one of the preeminent voices and experts on Afro aesthetics. Carter’s depth of artistry, flowing with her creative instincts, passion for culture and history, empathy for people, capacity for research, eye for detail, and ability to deliver the director’s vision, while infusing her own signature, makes her one of the most sought after and renowned costume designers in the world. Carter’s costumes tell stories so intriguing and unforgettable they influence music, fashion, culture, and filmmaking. They help us to understand ourselves better.

With a career spanning more than three decades in theater, cinema, and television, Carter has teamed up with some of the most prolific directors from Spike Lee, Steven Spielberg, Ava Duvernay, to Ryan Coogler.

Her extensive body of work includes over forty film credits, two Academy Award nominations for Malcolm X (1993) and Amistad (1998), and an Emmy nomination for the reboot of the television mini-series Roots (2016). Carter became only the second Costume Designer, 60 years after the first, to receive a star on the Hollywood Walk of Fame (2021).

Carter is a member of the Board of Governors for the Academy of Motion Picture Arts and Sciences Foundation and co-founder of the Mildred Blount Scholarship Fund created to assist BIPOC costume designers. She received a Bachelor of Arts in Theater Arts from Hampton University, Hampton, Virginia and an Honorary Doctorate from Suffolk University, Boston, Massachusetts. In 2022, Ruth Carter will receive an honorary degree at Bay Path University’s 125th Commencement. 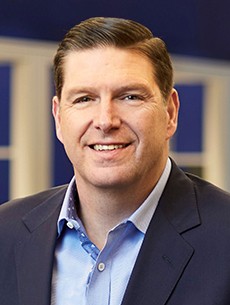 Mr. Crandall first joined MassMutual in 1988 as a real estate investment trainee and spent the first 12 years of his career in the company’s Investment Management Department. In 2000, he joined Babson Capital, a MassMutual subsidiary, which is now part of Barings, where he gradually assumed broader management responsibilities in such areas as public and private bonds, bank loans and private equity investments. In 2005, Mr. Crandall was appointed Chairman of Babson Capital and MassMutual’s Chief Investment Officer, and in 2007, he added the role of Co-Chief Operating Officer. He was named MassMutual’s President and joined the company’s Board of Directors in 2008, and was named CEO in 2010.

During Mr. Crandall’s tenure as CEO, MassMutual has solidified its industry-leading position as a financially strong mutual company run for the benefit of its policy owners and customers. The company has grown to provide more than $800 billion in life insurance protection, strengthened its financial position by more than doubling its total adjusted capital to over $30 billion, and enhanced its customer experience to provide both personal guidance and digital capabilities to meet people on their terms.

Recently, the Foundation launched The Live Mutual Project, bringing together local residents, community leaders and resources, as well as outside expertise, to help people reach their full potential, neighborhood by neighborhood. Through the years, MassMutual has been a major supporter and active partner for education and opportunity throughout the Springfield region and beyond.

Within its employee ranks, MassMutual has nearly 200 Bay Path alumni, helping strengthen the bonds between this Fortune 500 company and the University. Over the years, it has been a steadfast partner in Bay Path’s community outreach, supporting and participating in the annual Women’s Leadership Conference and the President’s Gala, among others.

Mr. Crandall, a Chartered Financial Analyst (CFA), is a graduate of the University of Vermont with a bachelor’s degree in Economics. He earned his MBA with honors from the Wharton School of Business at the University of Pennsylvania. 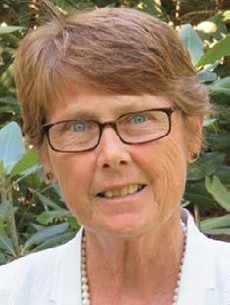 Through the years, Charlene has been a loyal ambassador and a generous supporter of the University. She served as a co-chair of the Seize the Day, Seize the Dream Campaign that raised over $9.6 million; inspired others by becoming one of the first members of the Millennium Society; and has given to the BOLD Women Scholarship Fund. Moreover, through a generous gift by the Edward L. Mazer family, the Charlene H. D. Mazer '67 Technology Classroom was named in honor of her tenure as first alumna Chair of the Board of Trustees.

For her devotion and tireless efforts on behalf of Bay Path, Charlene has been saluted on two different occasions at Reunion ceremonies. She was recognized with the Service Award in 1996, and in 2017 was the recipient of The BOLD Woman Award.

After graduating from Bay Path, Charlene earned a master of arts from Springfield College and a master of science from the University of Massachusetts. She began her career as a teacher in the Westfield School System. She retired as vice president of STANPAK Systems, Inc., a software development firm founded by her husband, Edward Mazer, located in Suffield, Connecticut. 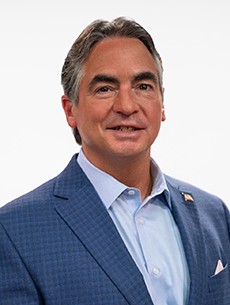 Mayor Domenic J. Sarno, a native son of the City of Springfield and the longest serving Mayor in the City’s history, has earned a reputation for his commitment to economic development, financial stewardship, and community-based programs to address quality-of-life issues, education and public safety.

A former four-term City Councilor who served as City Council President and as a member of the Springfield Finance Control Board, Sarno was elected to his first term as Mayor on November 6, 2007 and won reelection in both 2009, 2011, 2015 and 2019.

Now in his fifth term, Sarno, above all, is an enthusiastic cheerleader for all things Springfield. Supported by a dedicated staff, he has redefined the relationship between City Hall and the residents from the “City of Homes.” His administration has focused on open-door policies, such as a proactive diversity, equity, and inclusion initiative for hiring and leadership within City Hall that reflects the multicultural neighborhoods of the City; as well as the Springfield Flex Squad, so named in order to quickly respond and directly address citizen concerns on a case-by-case basis.

Among his administration’s many accomplishments and priorities, education is preeminent. Under his leadership, the collaboration between his administration, educators and parents has resulted in monumental changes in the Springfield Public Schools, including decreased dropout rates and increased graduation rates.

Education has also been the link between Bay Path, the City of Springfield, and Mayor Sarno. From his jubilant greetings at Bay Path’s annual Women’s Leadership Conference to his support of the University’s mission, he has welcomed Bay Path students and alumni as volunteers, interns, and employees to the City in a variety of capacities. An ally, friend, and unwavering supporter for the advancement of women, Sarno fittingly personifies the University’s motto: Carpe Diem. Seize the Day.

Join us throughout the year as we celebrate our 125th Anniversary on campus and at area gatherings. Major events include our Celebration Ball, Women's Leadership Conference, Commencement, and the Presidential Investiture.

Thank you to our Premier Sponsor MassMutual.

Enjoy this recent article in MassLive by Ron Chimelis.

Enjoy this recent article in BusinessWest.