Kristina Abshilava is an international student who is majoring in biology with a minor in business. She is interested in pursuing a career in genetics, yet, she is also an entrepreneur at heart and can often be seen at craft shows selling her own pieces. Kristina is a student representative for the Diversity and Inclusion Community Council.

In August 2015, I arrived in the United States from Russia. For the following year, I studied English at the International Language Institute in Northampton, MA. In the beginning, it was very stressful. Although, I had come to this country with one of my younger sisters, at the time we were placed in different families so we would practice speaking English with our hosts instead of talking to each other in Russian all day long. 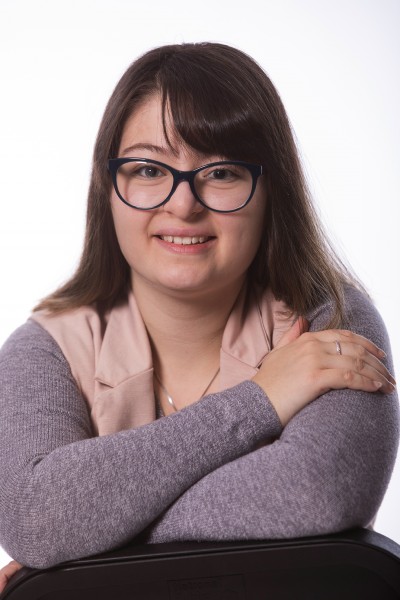 Since I arrived in the United States, I discovered there were many things that I did not know. People found it difficult to understand why I didn’t know these things. For example, I had to get a social security card for work purposes, but I had no idea what it was. I did not know how to apply for jobs or how to write a resume. Everything was very different in Russia, and at the time I didn’t speak English as well as I do now. I was repeatedly told that because I am here in this country I need to learn the American way of living, including its customs and traditions. However, I was not given much guidance on how or what that meant. Even my parents could not help since they do not speak English.

I had to figure everything out myself, and it was a very difficult part of my life. Where do I go? Where do I start? Who should I ask for help? Most people take it for granted because they never been in my position and they always lived in the U.S. However, what this experience really taught me was to speak up for myself and ask questions. It does not make me incompetent or look less smart. I do not pay attention to what other people might think of me because my future depends on it and I’m not going to stay quiet. If I do not know something…I’m not shy to ask. I hope my peers whose first language is not English will stop being shy and will speak up for themselves. Speaking multiple languages is a gift and we should not feel embarrassed about not being able to communicate in English perfectly. I believe there are a lot of people that want to help you succeed…so do not be shy and just ask.