Leaders from technology, education, healthcare, and legal sector join board. 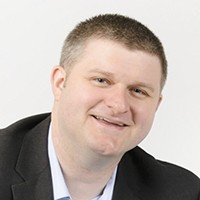 A graduate of The George Washington University with degrees in International Business and Management Information Systems, Andrew Anderlonis was a lieutenant in the U.S. Navy’s elite nuclear program, receiving a master’s equivalent in Nuclear Engineering Management and was the recipient of three Navy and Marine Corps Achievement Medals during his time in the Navy. In 2011, Mr. Anderlonis joined Rediker Software and in 2013 became president. More recently, he was the recipient of the 2016 BusinessWest 40 under 40 award and the 2018 Business of the Year Award by East of the River Chamber of Commerce (ERC5). Mr. Anderlonis is a member of Young Presidents’ Organization (YPO) and currently serves as Chair of the Board of Directors for Link to Libraries non-profit organization, and he sits on the Board for River East School-to-Career, Inc. A member of the advisory board for Bay Path’s Center for Excellence in Information Assurance and Cyber Defense, he was recently named chair of the Bay Path University Advisory Council. Mr. Anderlonis will be replacing outgoing chair Andrea Hill-Cataldo and serve on the Board in that capacity. 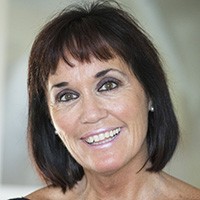 Dr. Julia Byers, LMHC, ATR-BC, Distinguished Senior Fellow at the Global Resilience Institute (Northeastern University) and Professor Emerita of Lesley University has been working in over 25 countries providing humanitarian aid through expressive art/play therapies and mental health counseling. Dr. Byers has worked with many communities, individuals, and families who have experienced traumatic events, situational stress, and ongoing stress in response to natural disasters, military or violent related circumstances or unexpected or situational personal bereavement and loss. She received her doctorate from the University of Toronto, Ontario, Canada, in the Department of Adult Education, Counseling Psychology and Community Development, having already been a tenured professor within the Faculty of Arts at Concordia University, Montreal, Quebec, Canada. She earned her clinical master’s degree from University of California, Los Angeles, and her bachelor’s degree from McGill University. While at Concordia University, Dr. Byers established the Graduate Art Therapy program, the first internationally approved program by the American Art Therapy Association. At Lesley University, she developed the first Expressive Therapy PhD program in the United States, and served as the Division Director and the first PhD director. Among her many accomplishments she also co-established the Lesley Extension Master of Arts program in Expressive Therapy in Netanya, Israel. 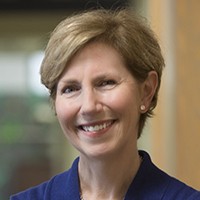 Jo-Ann W. Davis, Esq., is the retired senior vice president and chief administrative officer at ‎Baystate Health. Atty. Davis began her law career in 1982 as a human-resources consultant for the Springfield-based law firm Sullivan & Hayes, a position she attained after earning a bachelor’s degree in political science at Wheaton, and then a master’s in education at Harvard. After graduating from the Western New England School of Law, she became an associate with Sullivan & Hayes. She made partner and remained with the firm until she joined Skoler Abbott & Presser in Springfield, MA, where she specialized in the areas of employment and labor-law matters and become a partner in 1999. This expertise led to Atty. Davis joining Baystate Health as director of employee relations, eventually attaining the position of vice president of human resources consulting and employee relations. In this role, she oversaw a number of HR directors and handled all employment and labor-related issues. In 2015, she became the first chief general counsel for Baystate Health, and retired in 2020 as senior vice president and chief administrative officer. 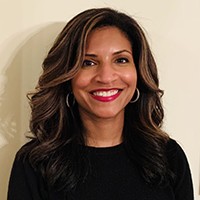 In 2020, the Honorable Danielle Williams made history as the first African-American woman to be nominated and sworn in as a District Court Judge in Western Massachusetts. A native of Wilbraham, MA, the Honorable Danielle Williams attended The College of William and Mary, where she earned a bachelor’s degree in English, and went on to receive a juris doctor from the Western New England University School of Law. She began her legal career as an assistant district attorney in Hampden County, and later joined as an associate with the firm of Fierst, Kane, and Bloomberg, LLP, in Northampton, MA. In January of 2016, she was selected to be the assistant attorney general in the Springfield-based Office of the Attorney General. From 2016 to 2020, she was an assistant clerk magistrate in the Commonwealth of Massachusetts Trial Court. A BusinessWest 40 under 40-award winner, the Honorable Danielle Williams is the board president of the chair of governance for the Springfield Prep Charter School.

Bay Path University was founded in 1897. Bay Path’s population of over 3,000 students includes traditional undergraduates; adult women at The American Women's College, the first all-women, all-online accredited degree program in the country; and women and men master’s and doctoral students. Bay Path’s goal is to give students confidence in the fundamentals of their chosen field, the curiosity to question the ordinary, the leadership to show initiative, and the desire to make a difference.