The death of George Floyd not only sparked the Black Lives Matter Movement, but also shed a light on the current state of the criminal justice system in America. At Bay Path, our Justice Studies program prepares students to work and change the system from the inside, and, in doing so, create a society more just for all.

Even before the events in the summer of 2020, the field of criminal justice was already re-examining policing. One of the first colleges in America to offer a criminal justice degree to women, Bay Path has revamped its program and curriculum to create Justice Studies with three distinct concentrations: Justice & Forensics Studies, Public Safety & Justice, and Rehabilitation, Advocacy & Justice. This shift in focus mirrors what the field requires for long-term systemic change that is long overdue. 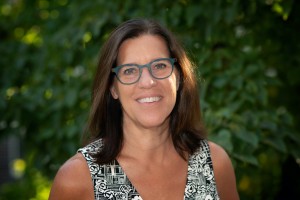 Dr. Gwen Jordan, chair of the undergraduate justice and legal programs and a former prosecutor, recently shared her insights into the program, the criminal justice system, and the legal field:

“Even before George Floyd’s murder, the field of criminal justice was changing. Now, the need for change has been accelerated. Cities, towns, and communities are asking ‘Why are these things happening? And why do they continue to happen?’ From policing to correction institutions to the FBI, they are looking for people with a much broader background and just as important—a much broader vision.

“For example, in the past, the typical criminal justice curriculum prepared an individual to work for the local police force. Today, the thinking is that if you are hired by local police, you will have to go through the police academy, and that’s where you will get your training. Having a police officer is an important part of our society. We need them. We don’t want to get rid of police. However, we need to rid the system of racial bias and make changes in policing.

“Now, the decision makers in the police force are looking for people with social awareness. And another important point is that the field is increasingly looking for a college degree. In December 2020, Massachusetts governor Charlie Baker signed a police reform act that institutes new certification requirements for police officers. “Our justice studies program provides students with that foundation, and at the same time with this core philosophy: How do we want to make this system more just? The need for changes are numerous, for example, evidence shows the system is disproportionately affecting people of color, particularly black people. There are also a high number of people in jail or prison with mental illness. There has to be a better way than putting them behind bars. And individuals with drug addiction should be in rehabilitation programs and not criminalized. Since the 1970s, we have been in a cycle of over-criminalization in this country. On many levels, we cannot afford to continue down this path.

“Another big problem is that a significant number of people incarcerated are actually innocent. A 2009 report indicated, based on DNA evidence, that the number of innocent are 4% of the total prison population, or 90,000, for crimes they did not commit. That’s unconscionable.

“Bay Path is at the cutting edge of this shift. Our justice program is a leader—changing the way we educate students. Our Justice Studies program has three concentrations.

“The Justice & Forensics Studies focuses on areas such as crime scene investigations.

“Public Safety & Justice prepares students for careers in law enforcement from local departments to the FBI, FEMA, or ICE.

“Last, the Rehabilitation, Advocacy & Justice works within the systems as victim advocates, probation officers, treatment center professionals, or a position in a rehabilitation center.

“Overall, my sense is that our students are motivated and want to work towards change. They are inspired by the actions and the responses across the country. They recognize there is a momentum. As a legal historian, I also teach them the influences on our criminal justice and legal system beginning with the founding of our country. They are amazed by the historical roots of our problems. They learn our criminal justice system isn’t broken. It is working the way it was designed. It’s up to them to fix it. And they are ready to make changes."