Bay Path students were on the move to the Massachusetts State House last week in celebration of International Women’s Day.  Students, faculty, and staff were invited to the State House as guests of Longmeadow’s hometown Senator Eric Lesser, who issued a proclamation in honor of On the Move 2019. The visit, part of Bay Path’s 2019 On the Move initiative, started with a guided tour of the State House, followed by a working lunch where the students were able to meet with and ask questions of several Massachusetts senators and representatives including Senator Cindy Friedman, Senator Jo Comerford, and Representative Marie Robinson. The visit ended with an in-session Senate Floor visit, where the Bay Path students were met with a standing ovation from the elected officials, thanking them for Bay Path’s role in support of women and education. 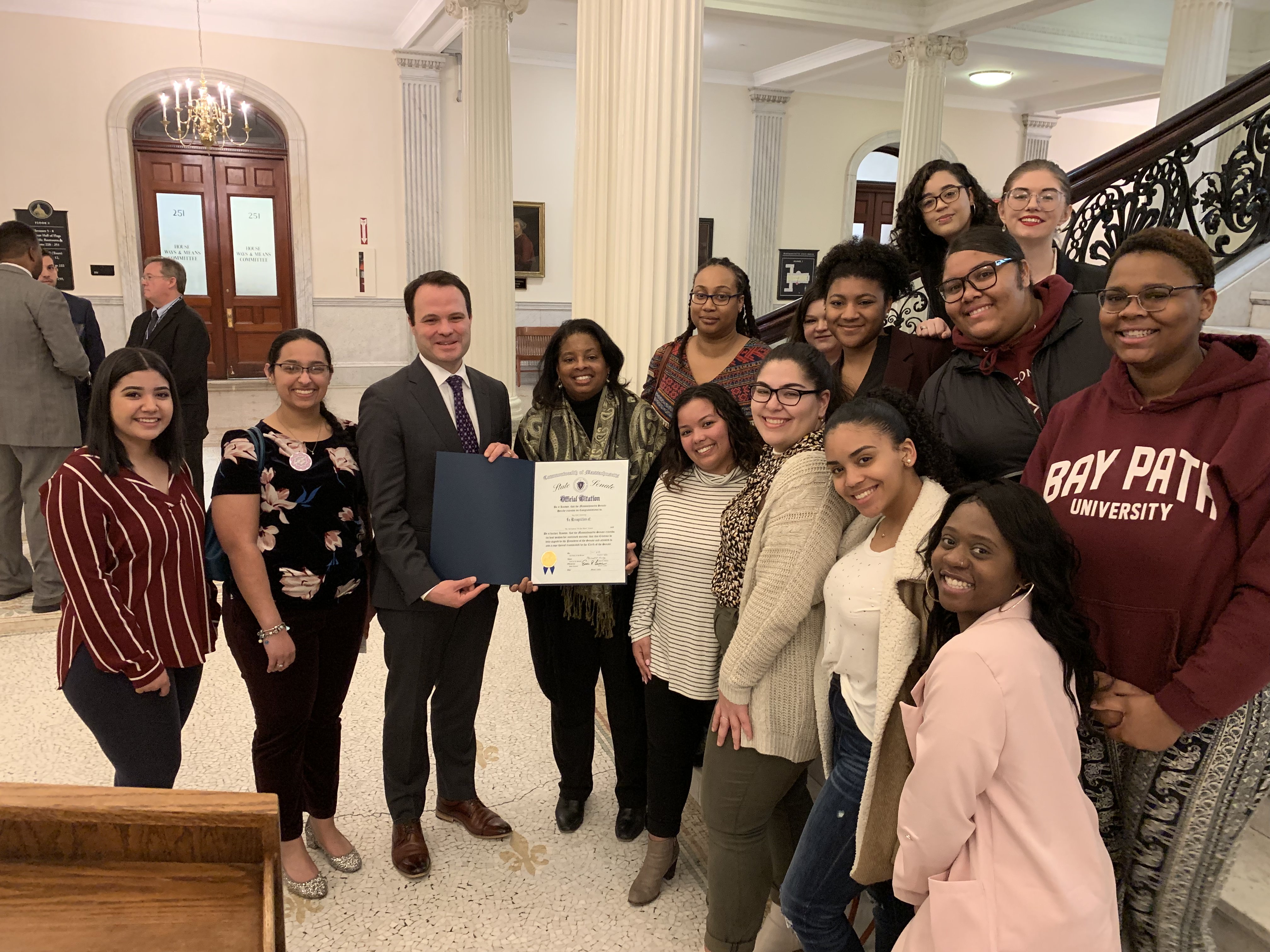 Janine Fondon, Founder of the On the Move initiative and Bay Path Assistant Professor and Chair of Undergraduate Communications, worked collaboratively Michelle Mirti of Bay Path’s Student Life division and Dr. Kris Barnett, Academic Affairs Vice Provost for Academic Affairs and Dean of Liberal Studies, to make this experience happen. “It was an incredible opportunity to appreciate the work of Senator Lesser and other legislators in our Commonwealth as well as learn about the role of history in empowering people,” she said.

During their sessions with the students, both Senator Friedman and Senator Comerford spoke freely on their unexpected paths into politics. “My career was like a bus,” Senator Friedman said. “I would wait at the bus stop and when a bus came, I got on that bus. I didn’t know where it was going, but I got on.” Senator Comerford echoed those thoughts, stating, “all of the jobs and experiences prepare you. There is no straight line. Nothing is a linear path, so don’t expect it be. You’ll end up where you’re supposed to be.”

For many students, this was their first visit to the State House, and their first opportunity to engage directly with their elected officials about the work they do that directly impacts the Bay Path community. Senator Lesser spoke twice of the need for women and underrepresented communities to vote and to become involved in the political process. “The only way that we can allow younger voices to be heard is when individuals like you allow us to be here, so thank you for that,” responded student Anissa Nieves. 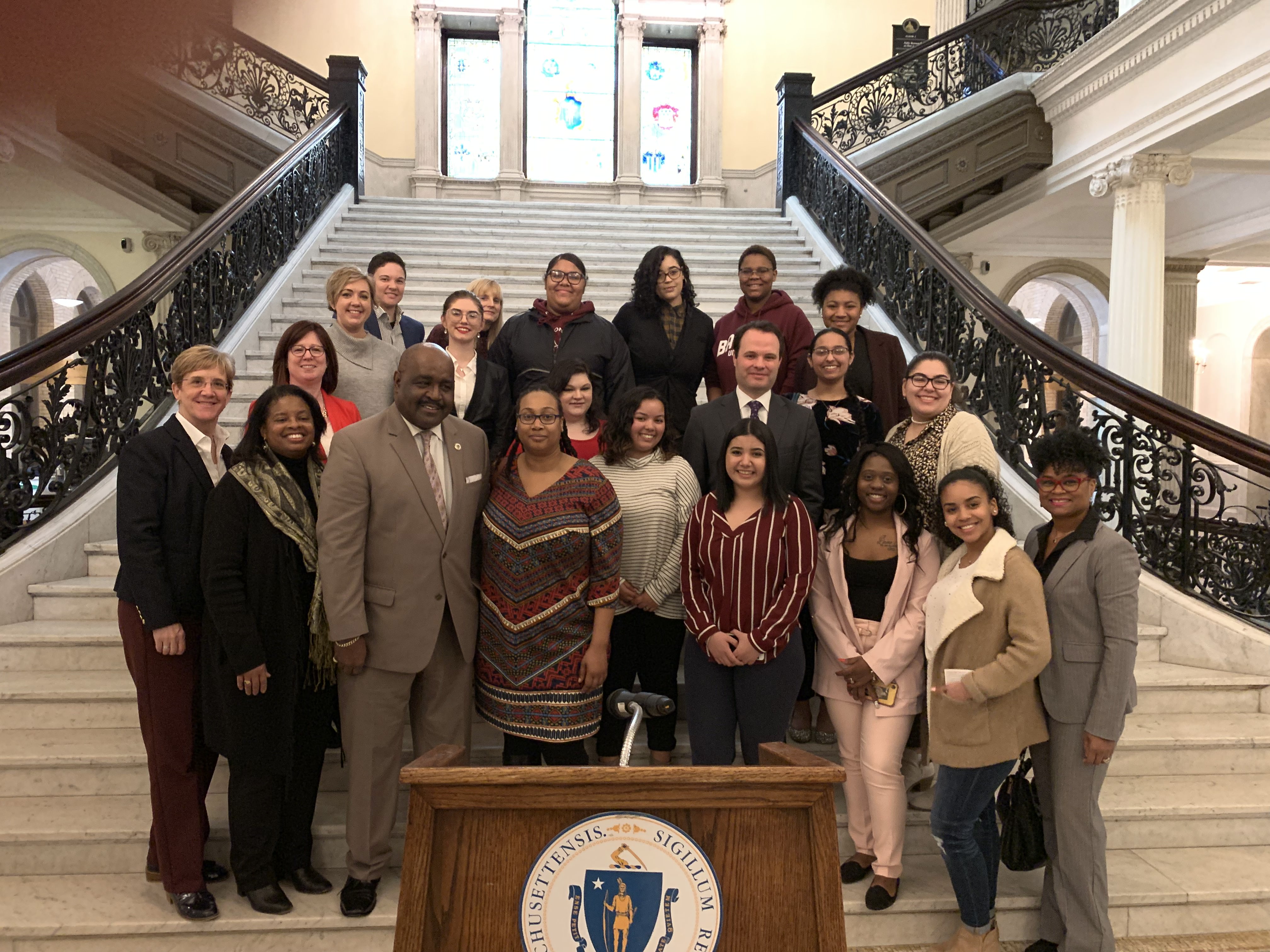 To thank Senator Lesser for the invitation and the work he’s doing, the students presented him with a gift made by Bay Path student, and State House visit attendee, Zoe Naglieri-Prescod. “Thank you for all of your work because not only am I a woman, I am a woman of color, and because of the work you’ve done here I’ve been able to start my own business,” she stated as she presented the gift. 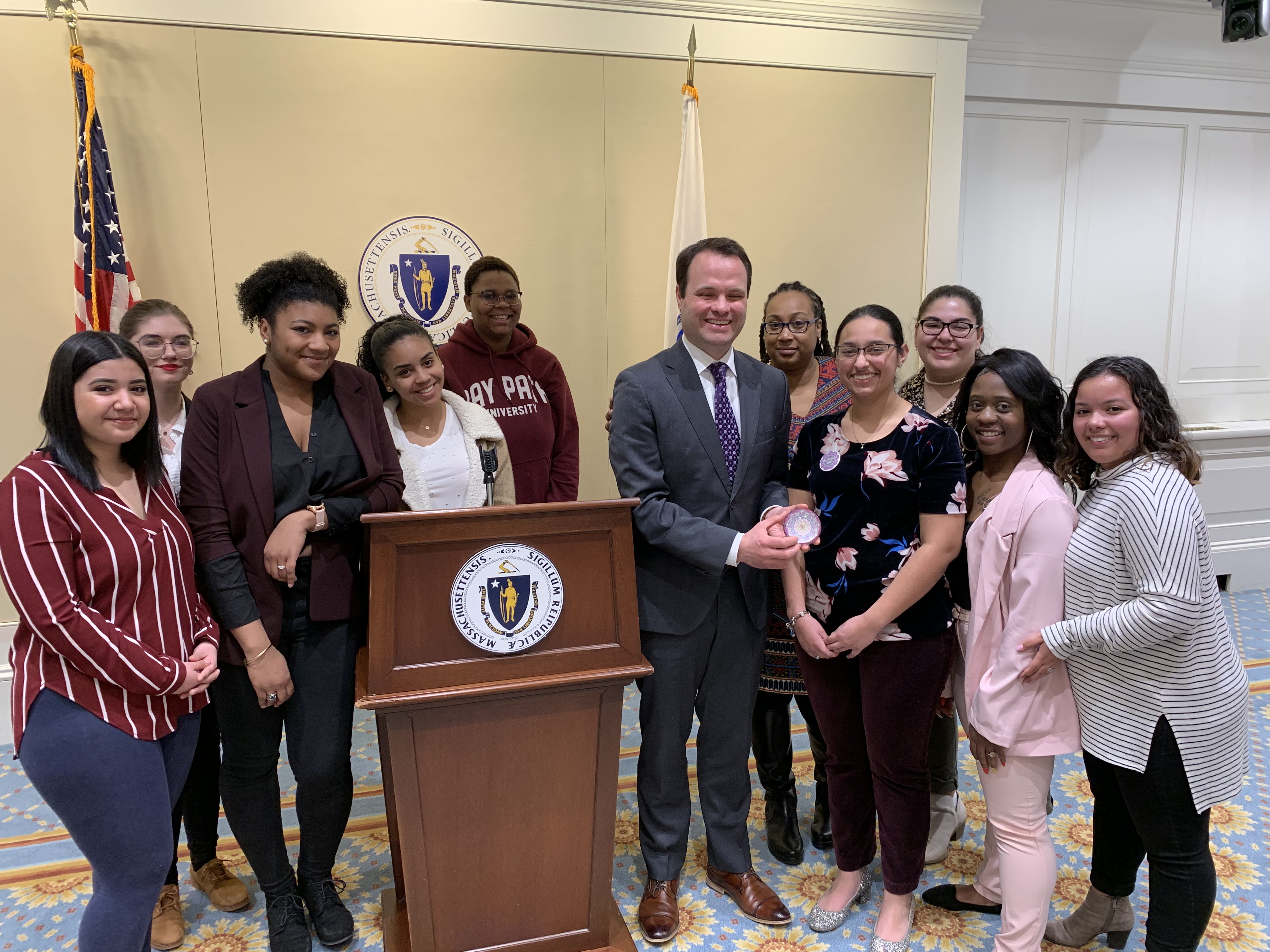 The students returned back to Bay Path, ready to encourage other students to take the trip. Student Mia Ryder summed it up, stating, “the trip was a great opportunity for myself and anyone else who is interested in politics. This was a great way to be more involved in the community outside of campus and helped me see more of the world around us. It was a great way to understand more about how the government works and how we can make a change.”