This blog post captures the travel stories of our Bay Path University students as they immerse into history with their professor and discover the true meaning of One America!

On January 6th, the One America class of Bay Path University 2020 participated in a Gullah Geechee Tour through the city of Charleston, South Carolina. The Gullah were direct descendants of slaves brought to South Carolina on cargo slave ships, and we learned about their history, language, and their connection to the slave trade. The tour really gave us perspective on how people lived in the 18th and 19th centuries in the Old South. 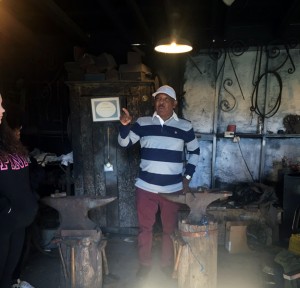 An interesting site during this tour was the last stop at the Philip Simmons home. This home is full of African American history and culture and is committed to telling the story of Black Americans’ lives during the era of slavery. This home is also known for its gorgeous architecture, as Mr. Simmons is famous for his wrought-iron fences that are all over Charleston. 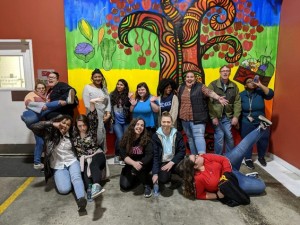 elderly shelter affiliated with the food bank agency. As a result, 241 boxes were successfully packed. 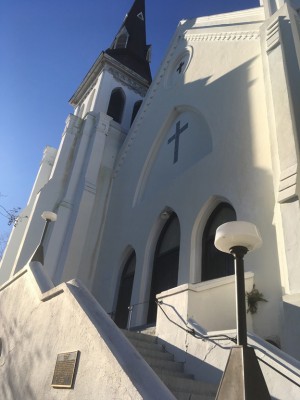 Methodical Episcopal Church, which was very beautiful with its all-white brick and stucco exterior. Mother Emanual, as the church is commonly referred to, is the oldest African Methodist Episcopal church in the Southern United States. It was the site of a hate crime shooting in 2015, and in 2018 was listed on the National Register of Historic Places.

Inspire! Interviews With People Who Have Changed Bay Path University and Beyond: Ann Hammer ’62 ’13