This blog post captures the travel stories of our Bay Path University students as they immerse into history with their professor and discover the true meaning of One America! 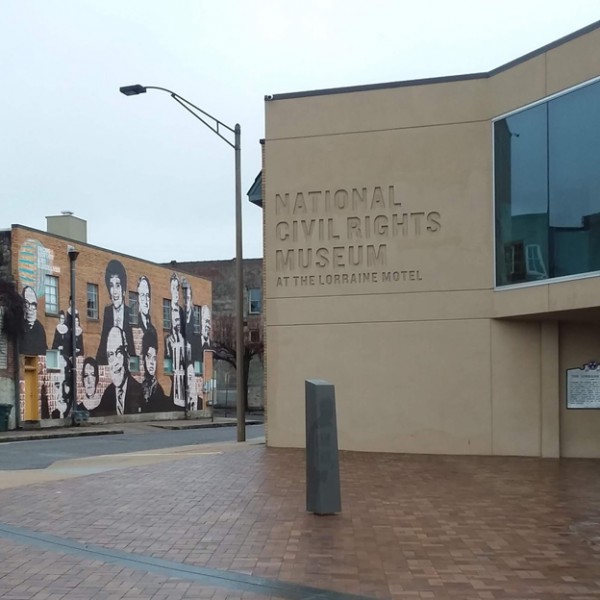 This morning we went to the National Civil Rights Museum at the Lorraine Motel. It was an emotional experience, but very educational. We learned more about the history of slavery, the hardships, how slaves were kept and transported, and in what unfair conditions, as well as how music was used to lift their spirits and hopes.

It was so inspirational to learn about all the people that spoke up against slavery to fight for their rights. These people took risks and gathered hundreds and thousands together in protest to support their fight. In doing this everyone was taking risks, putting themselves in dangerous situations for the freedom we have now. 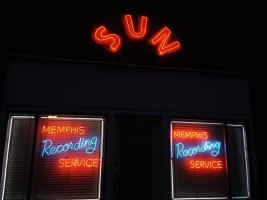 Our next stop was at Sun Studio, and it was an experience unlike any other! Seeing the actual studio where powerful and influential music was created was an amazing way to connect to the music and its history. We learned about the many artists that recorded at Sun Studio and the founder Sam Phillips himself. 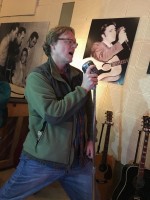 We were able to take pictures with the famous microphone. Seeing the unique shape of the ceiling Phillips designed to create special acoustics and learning that this building was in its original form was both astonishing and breathtaking. 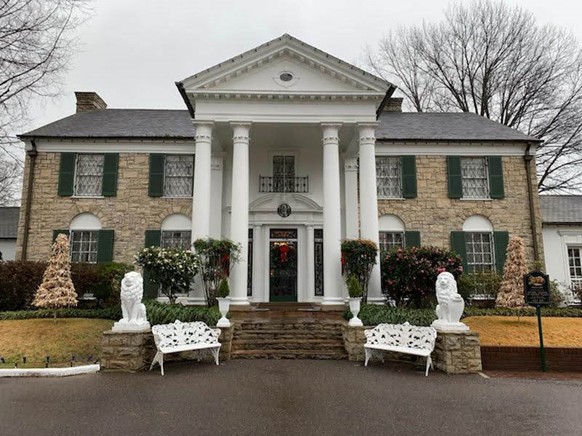 In addition to the National Civil Rights Museum and Sun Studio, we traveled to Graceland, which is also located in Memphis, Tennessee. When we first arrived, we were shown a short clip that outlined the life of Elvis Presley. I found this clip very helpful because it described the rest of the museum and what we would see from his time in the military to his most famous come back featuring his Las Vegas outfits. 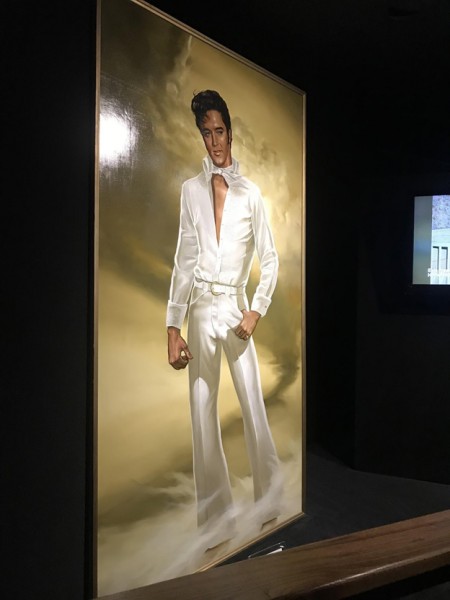 It was quite a shock to see how Elvis lived. From his exquisite dining room to the full kitchen, to his jungle room, which has shag carpet on the floor and ceiling, his house was very eccentric. His style and personality are reflected perfectly in his home, Graceland. With myself being such a large Elvis fan, this was perhaps my favorite part of the trip so far. Another part of the museum in Graceland that inspired me was the exhibit that highlighted those who were influenced by Elvis’s music. This section featured Carrie Underwood, Justin Timberlake, Dwayne the Rock Johnson, Dolly Parton, Kidd Rock, and so many more. This area also showcased many of the outfits influenced by Elvis’s time in Vegas. Overall, Graceland shows the impact that Elvis Presley had on the music industry as well as the great impact that he made in rock ‘n’ roll history.

Bay Path is turning 125 years old next year, and we’re in the midst of ramping up for an exciting celebration tracing our growth and defining our goals…