Contributed by Melina Rudman, Director of WELL and Community Life 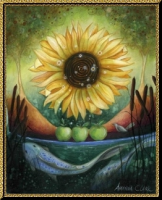 Here on the east coast of North America, Autumn officially arrives at 9:54 pm on Saturday, September 22. The northern hemisphere of the earth has been tipping away from the sun since June 21, and tomorrow it will be half-way through that process, with the sun shining directly onto the earth's equator.

People have celebrated this day since ancient times. When survival hinged on weather and good local harvests, people paid a lot of attention to the seasons. In Greek mythology, the goddess Persephone symbolized vegetation. Each autumn she would retreat to the underworld where she would reign as queen beside her husband, Hades. When she retreated, the plants died back for the winter. Each Spring she would burst forth from the underworld as a young maiden and she and her mother, the goddess Demeter, would bless the land with new growth. The image below shows Persephone crowned with a flower and holding a torch, which symbolized the Eleusinian Mysteries. 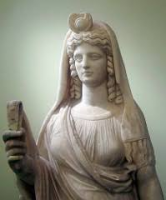 Modern pagans (did you know this word's origins meant "people of the countryside"?) celebrate the Autumnal Equinox as a harvest celebration that some call Mabon. It is a day to create a harvest feast and share with family and friends.

Whatever your beliefs, I hope you will be curious and explore the stories of others. May your autumn season you health and happiness as the trees blaze and the apples ripen.

A Dream of One’s Own: Why Women’s Colleges Matter More Than Ever

Last week, I sat down to write about compelling new data showing how effectively women’s colleges are serving our students. The data revealed that as the…