Technology is transforming society (particularly as a result of the pandemic) and negotiation is no exception. One of the fastest growing technologies is machine learning, sometimes referred to as artificial intelligence, or AI. In this session we will hear from Colin Rule, CEO of Mediate.com and an expert in online dispute resolution (ODR), about the latest developments in AI and how they are relevant to the future of negotiation and dispute resolution. 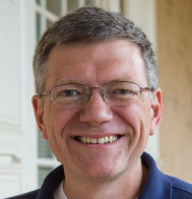 Colin Rule is CEO of Mediate.com. In 2011 Colin co-founded Modria.com, an Online Dispute Resolution (ODR) provider based in Silicon Valley, which was acquired by Tyler Technologies in 2017. From 2017 to 2020 Colin served as Vice President of ODR at Tyler. From 2003 to 2011 Colin was Director of ODR for eBay and PayPal. Colin is the author of Online Dispute Resolution for Business and co-author of The New Handshake: ODR and the Future of Consumer Protection. He serves on the boards of the Consensus Building Institute and the PeaceTech Lab at the United States Institute of Peace. He is currently Co-Chair of the Advisory Board of the National Center for Technology and Dispute Resolution at UMass-Amherst and a Fellow at the Gould Center for Conflict Resolution at Stanford Law School. Colin co-founded Online Resolution, one of the first online dispute resolution (ODR) providers, in 1999 and served as its CEO and President. Colin also worked for several years with the National Institute for Dispute Resolution in Washington, DC and the Consensus Building Institute in Cambridge, MA.