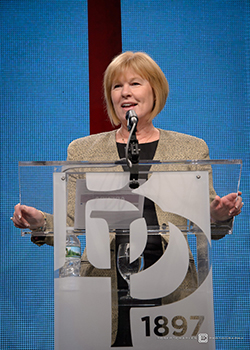 Lynn is currently the Executive Director of the Aetna Foundation. In this role, Lynn is responsible for daily operations of regional, national, and international programs, while overseeing the Foundation committee meetings, and working closely with the community relations team.

Prior to joining Aetna, Lynn was recognized as a healthcare leader in the region employed at Health New England (HNE), a managed care organization that is part of Baystate Health Integrated Delivery System. She began her career at Health New England as the Health Promotion Specialist and was quickly promoted to Manager of Health Promotion and Disease Management. Lynn continued to be recognized and rewarded for her dedication and talent (PAUSE) and throughout her 22 year career at Health New England, she held numerous roles including Director of Brand & Corporate Relations, as well as Director of Corporate Responsibility and Government Affairs.

A master trainer for the Stanford University’s Chronic Disease Self-Management Program, she is also a professor teaching online in The American Women’s College at Bay Path University in health care administration.

Active in the community, Lynn received a gubernatorial appointment to the Prevention and Wellness Advisory Board, and was responsible for overseeing a $200 million dollar, five-year grant program. She was also appointed to the Mass in Motion committee by the Springfield Mayor. 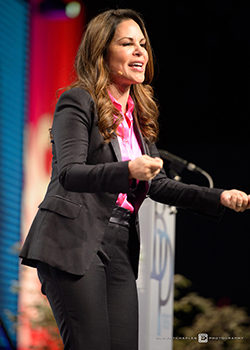 Nely Galan is a nationally-renowned television producer and media mogul. A first-generation immigrant and entrepreneur, Nely was the first Latina president of the U.S. television network, Telemundo. She is an Emmy Award-winning producer of hundreds of episodes of television in Spanish and English.

Nely has owned and operated her own media company, Galan Entertainment, since 1994, launching 10 groundbreaking television channels in Latin America, and produced a staggering 700 episodes of programming spanning all genres—from reality to sitcoms, telenovelas to talk shows, in both English and Spanish.

Nely is also frequently cited for her influential work outside the industry as a board member of COUNT ME IN, a leading national nonprofit provider for women entrepreneurs; she also serves on the Coca-Cola Company Advisory Board; and she is an Emeritus member of The Smithsonian Board. She was featured in HBO’s documentary The Latino List. Most recently, she founded the Adelante Movement, which is a digital platform and tour that seeks to elevate the entrepreneurial spirit, skills, and positioning of Latinas.