Bay Path’s tenth annual Cybersecurity Summit is pleased to welcome Ariel Weintraub as our presenter. A nationally-recognized speaker, she is a thought leader on the latest developments in the cyberspace. Her presentation will focus on areas that are integral for cyber planning for small to large businesses to improve efficiency and security and will include topics such as:

Following the presentation, there will be a general question and answer period. 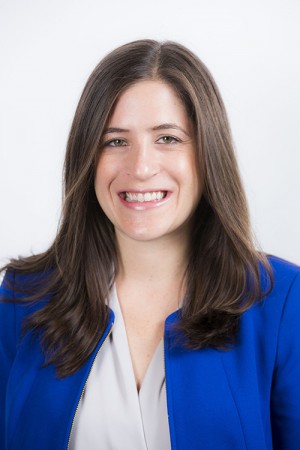 Ariel Weintraub recently joined a relatively exclusive club, but unlike many in such prestigious and selective organizations, she’d be thrilled to see its membership burgeon.
In February 2021 Weintraub became the Head of Enterprise Cyber Security of the financial services giant MassMutual, joining the still-limited ranks of women CISOs (recent surveys conducted by Forrester Research have shown that fewer than 15 percent of Fortune 500 CISOs are women).

Weintraub is doing her part to swing open the doors: she sits on the Board of Advisors of the Executive Women's Forum (EWF) on Information Security, Risk Management & Privacy, as well as on the Board of Directors of One In Tech, a nonprofit initiative focused on fighting inequality, inequity, and bias in technology. She feels lucky to be at MassMutual, a company genuinely invested in diversifying its workforce: “It was a priority for my predecessor to increase the representation of female leaders, so my current leadership team is 100 percent women: because he set the stage that happened in a very natural, organic way for me,” she explains.

Weintraub grew up with strong tech role models: her father was an electrical engineer who at one point launched a satellite phone company, and her mother was a computer programmer. “Of course, I rebelled and studied business during my undergraduate years at the University of Southern California,” she says. “It wasn’t until I was working at a consulting firm and had an opportunity to help the security team with a penetration test that I got hooked and decided to focus on the cybersecurity space.”

She realized, however, that there were core computer science concepts she hadn’t been taught in business school, and she enrolled in New York University’s Tandon’s online master’s degree program in cybersecurity, earning her degree in 2018.

Weintraub’s resume also includes posts at Bank of New York Mellon, TIAA, and PricewaterhouseCoopers, hopes that others without deeply technical backgrounds, like her, will feel encouraged by her example. “The cybersecurity field is wide open to people from all backgrounds for a couple of reasons,” she says. “On a basic level, there’s a dire global shortage of cyber professionals, but just as important is the fact that this is a creative pursuit: strong teams are made up of people with different talents and perspectives. You can always return to school to fill in any gaps in your knowledge.”

Since assuming the position of CISO at MassMutual, Weintraub has presented at numerous national conferences and is a fierce advocate for diversity in the cyber space.

Sponsored by the Economic Development Council of Western Massachusetts (EDC) and Bay Path University, offering an undergraduate degree in cybersecurity, with majors in digital forensics, incident response, information assurance, risk management, and the Master of Science in Cybersecurity.

In 2022, Bay Path University was designated as a National Center of Academic Excellence in Cyber Defense by the National Security Agency (NSA) as part of its National Initiative for Cybersecurity Education (NICE).