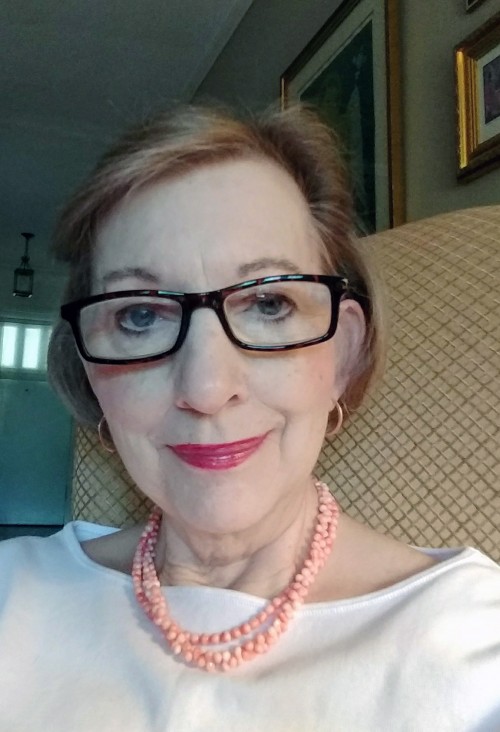 Bay Path has always held a special place in my heart, which, considering that my fifty-year class reunion was in 2019, is saying a lot. Think of how many other things could have come along and supplanted that special place in the meantime! I really do, however, owe Bay Path a debt of gratitude for giving me the skills to pursue a very fulfilling, interesting, and unexpected life.

First, a bit of history. Bay Path in 1969, the year I graduated, was very different from the institution of higher learning that it is now. At that time, it was a junior college that granted only two-year degrees, an associate of art degree and an associate of science degree. Bay Path was, even then, highly regarded for its training in secretarial science, either general, legal, or medical. It may seem funny now to think of the job of secretary as constituting a science, but one could rightfully claim that those of us enrolled in the program did gain a thorough knowledge of being a secretary.

I chose medical because I’d always liked science and medicine, and because it seemed more challenging. The medical secretarial program at Bay Path required a knowledge of medical shorthand, medical terminology, anatomy and physiology (memorably requiring the dissection of a cat and a sand-shark’s head), training in obtaining blood and urine samples and analysis of same, a good grounding in spelling, grammar, and punctuation, and, of course, typing. Who could have predicted that that last skill would be so valuable in the years to come, long after I’d ceased being a secretary?! We were also required to take some courses in liberal arts to round out our education. So, the two-year degrees Bay Path granted could not be dismissed as scholastically lacking.

Armed with that two-year associate of science degree, I left Bay Path in 1969 expecting to have physicians everywhere clamoring for my skills. I should emphasize here that the women trained as secretaries at Bay Path were prized for their skills in the business and professional community of Springfield and beyond. In my case, however, I arrived on the medical scene at the wrong time. Because of the greater specialization of physicians and the move toward the creation of large group practices, the kind of secretary I had been trained to be no longer existed. So I bounced around from one secretarial job to another, while also working on getting my B.A. in English from Westfield State College, now University, through their Continuing Education program.

Along the way, I’d had several professors commend my writing skills. I liked to write, but I didn’t like to starve. So I decided to be practical and parlay that skill into a career in publishing, rub shoulders with the likes of Nadine Gordimer, John Updike, and Saul Bellow.

I placed cold calls to different publishing houses in Boston inquiring about job openings I’d be qualified for, and, practically the next day, I found myself driving to Boston for an interview for an editorial assistant position at Little, Brown and Company. There, the woman in Human Resources who interviewed me first very memorably asked: “Given your training as a medical secretary, Miss Lange, have you ever thought of going into medical publishing?”

The “no” in my head was a lot louder than the feeble “not really” that came out of my mouth. Still, on my way to the top of Beacon Hill for my second interview with my prospective bosses, I found myself thinking “why not?” I’d pursued the medical secretarial program at Bay Path because I liked science, had taken more science than was required in high school for the same reason, and the more I thought about it on that short hike up Beacon Hill, the more I liked the idea of being involved in the dissemination of scientific and medical knowledge.

So, I didn’t end up rubbing shoulders with all of the stars of the NYT Book Review section, but instead with some of the foremost neurosurgeons, neurologists, ophthalmologists, thoracic surgeons, and so many others, of the day during my, ultimately, twelve years there.

Bay Path had also, incidentally, given me all the requisite knowledge in spelling, grammar, and punctuation that I needed to pass the difficult editorial assistant exam! I sailed through the test confidently knowing where to put quotation marks with respect to the final punctuation mark, how to spell desiccation and diphtheria, and the difference between principle and principal, tortuous and torturous, and discrete and discreet!!

People in publishing are notoriously underpaid and overworked, and I was no exception, but, for all the Saturdays spent poring over proofs and all the personal budgets I could never quite stay within, I wouldn’t trade my twelve years at Little, Brown for anything else. Besides my two years at Bay Path, I count the twelve at Little, Brown among the most favorite years of my life.

Then, I got a letter from a woman who’d worked for me at Little, Brown as a freelance proofreader and was now living in Riyadh, Saudi Arabia, with her neurologist husband who’d decided on one last career fling before retiring. Might I be interested in heading up the publications department at The King Faisal Specialist Hospital and Research Centre? I hadn’t known that I was interested in such a venture until I got that letter, and, yes, within six months’ time, having tied up the last ends of my life in Boston, I boarded a plane for Riyadh, Saudi Arabia.

Mainly my job there, besides supervising three employees, was making sure that The Annals of Saudi Medicine came out every two months and that every article was rendered in good, coherent, idiomatic English. Since most of the authors were non-native speakers of English, that could be challenging, but it was all joy to be able to put my, by then, pretty good medical editing and writing skills, plus my hefty knowledge of publishing, to good use in a place that couldn’t have been more different from New England with its four season. In Saudi, of course, there’s the ten-month-long +110-degree summer and the short “winter” season when the temperatures are more like those of a chill New England summer. For someone coming from such a verdant place, the fathomless sere vista of the Arabian Desert never ceased to fascinate me. It has a truly terrific beauty.

It was a very interesting two years. On the up side, there was all the travel I was able to do to places that were pretty far-flung from a New England perspective. These included Egypt, Kenya, Indonesia, and Thailand. I also met my future husband there! One doesn’t think, considering the many restrictions on social interactions at that time in the Kingdom, that romance could flourish there. Clearly, it did in my case!

Part of my job was attending the biweekly meetings of The Annals’ editorial board comprising highly regarded experts in their fields, most of whom lived in Riyadh, the capital of Saudi Arabia. Because of this, they were able to attend the biweekly editorial board meetings at the hospital. I was the only woman at the table, but I never felt anything but the highest regard for my skills as an editor and my knowledge of publishing. It was also a great privilege to be working in The Kingdom at a time when the country was working hard to improve health care standards throughout the country and, especially, to bring that care to the large nomadic Bedouin community. As part of that effort, identifying the particular health needs of the Saudis and finding solutions to the delivery of care were primary foci of the journal. The members of the board were very much in the forefront of this effort, and I must say that, in this regard, they, most of them Saudis, were among the most dedicated physicians I’ve ever encountered. And to think it was an experience I may not have had if I hadn’t had that Associate in Science degree with a concentration in medical secretarial science from Bay Path.

Something that I hadn’t counted on when I went to Saudi Arabia, though I certainly knew of the political instabilities always brewing in The Middle East, was Saddam Hussein deciding to invade and take possession of Kuwait. I guess that experience would fall under the “unexpected” category in my life’s experiences. I get through that time and came away with a greater appreciation of my own perseverance and courage in the face of both the military strife and the challenges of the entire two-year experience living in Saudi Arabia.

By the time I returned to the States, I’d married my architect husband. His job continued in Houston, Texas, whereas mine had ended when I bid my final ma’asalama to Saudi Arabia. For the first several years, I worked as a freelancer, editing several dozen textbooks for different medical publishers, including Little, Brown. And then an opportunity to work in the Scientific Publications Office at The University of Texas M. D. Anderson Cancer Center came along. Once again, I packed up all my, by then, pretty vast skills as an editor and finished off my career at a place that is a shining light for people with cancer. In fact, rather than just continuing to learn my craft, I was now teaching it, training new medical and scientific editors and teaching researchers how to write up their research findings in publishable form.

When I retired from Anderson, I was also ending my very rewarding career in medical and scientific publishing, one with a, now, very long tie back to my Bay Path training.

One day a year or so into my retirement, I sat down with the idea of writing a picture book about a little girl who was so poor, she had only one blouse. To make it seem as though she had more, she would sew different buttons on it. I thought it quite clever. However, in a kind of Rip Van Winkle reprise, I “woke up” about a hundred pages into a story that clearly was destined to be a full-length novel. Last fall, I published the final revision of that book, which took me six years to get to a point where I could unhesitatingly put my name on it and be proud of it. Titled The Orange Dragon Bowl, the book has garnered a surprising (to me!) amount of praise (almost twenty 5-star reviews!). I’m still working hard to get it noticed amid the veritable landslide of books made possible by the indie publishing phenomenon. But, I’m a patient person and I believe The Orange Dragon Bowl will get the notice it deserves, though movie rights would probably be pushing it. In the meantime, I’ve completed a sequel to the book, which readers of the first book are excitedly looking forward to. I’ve written a second finished novel titled Eve & Melody with an as-yet-unfinished sequel. And I’m working on two more books that are now mainly written on foolscap.

So, yes, I credit Bay Path with putting me on a very successful and rewarding career path. Now, the modest legacy I’m leaving to the school is the best way for me to show my appreciation for the education I received there and to provide funds for other women to be successfully launched into the world as I was. Even though there’s really no way to fully compensate the school for what it gave me, at least I have the satisfaction of knowing that a certain sum of money with my name on it will carry on my own personal legacy. That and the books I’m writing!