On Saturday, October 17, Bay Path University held its first-ever virtual commencement after 123 years. As students, faculty, and families watched online, a team of people made the seamless, virtual experience possible.

As this virtual ceremony arrived five months after their initial graduation date, seniors were also anxious to graduate and start fresh in 2021. After the pomp and circumstance, viewers were treated to a vibrant performance of the National Anthem by Bay Path Chorale’s 2020 graduates Tina Conley, Mariah Jacobsen, Alex Kendall, Angelica Martinez, Tabitha Launder, and Louise Schutz. 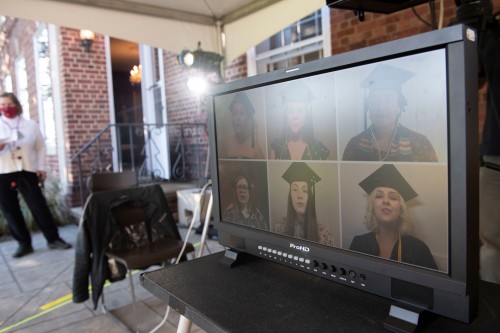 The invocation was the Nipmuck prayer delivered by Gentle Running Deer in the Nipmuck language and translated to English by her great-niece Aprell Munford ‘19 G’21. One of the most impactful parts of the prayer stated: “I pray for the future seven generations. I pray for all of the living creatures.”

Following the invocation, Bay Path University President Sandra J. Doran spoke about gratitude and happiness. She encouraged the audience to be grateful for the power of technology that made the university’s first virtual commencement possible. Providing quotes from the likes of Henry David Thoreau and Emily Dickinson, she left her speech on a positive note and encouraged graduates to “embrace uncertainty and make choices that make you happy” in what has been a difficult few months for all. 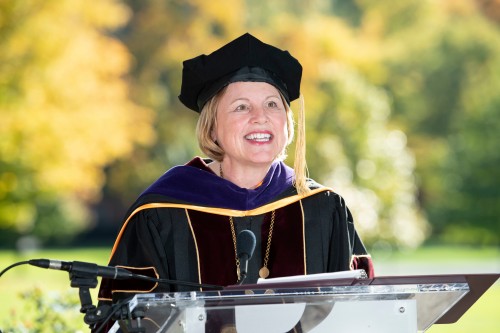 There were also salutes from dignitaries, including Congressman Richard Neal, Senator Elizabeth Warren, and State Senator Eric Lesser. Senator Warren’s remarks best summarized the messages of the dignitaries as she exclaimed, “Our country needs you!” This statement provided encouragement for graduates to get out and be active in their communities.

Dr. Yadilette Rivera-Colón, Assistant Professor of Biology and Undergraduate Research Program Coordinator, provided remarks as a faculty member. She reflected on her four years as a faculty member and acknowledged the Class of 2020 as the first incoming class she taught as a Bay Path professor.

Her message, “You are non-binary in more ways than one,” comes at a time when exploring multiple identities is more valuable than ever. 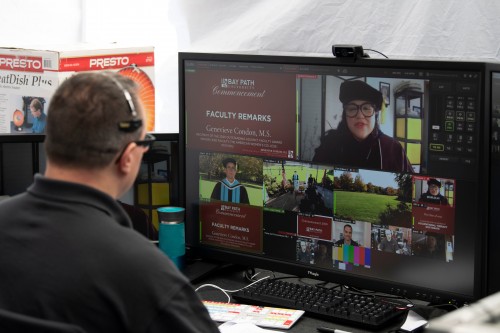 Following Dr. Rivera-Colón was Genevieve Condon, M.S., Senior Lead Faculty for the American Women's College Psychology Department. As the recipient of the 2020 Outstanding Adjunct Faculty Award, it felt fitting that she reflected on the online educational experience of the past six months. She was inspired by her students taking note that "One thing has remained constant, your dedication to your education and reaching the finish line".

Dr. Andrea Hickson-Martin, who reflected on the difficulty of being a student during a pandemic. She praised graduates for their resilience and proclaimed, “The unrest will not be an asterisk on this year. It will be an exclamation point!” 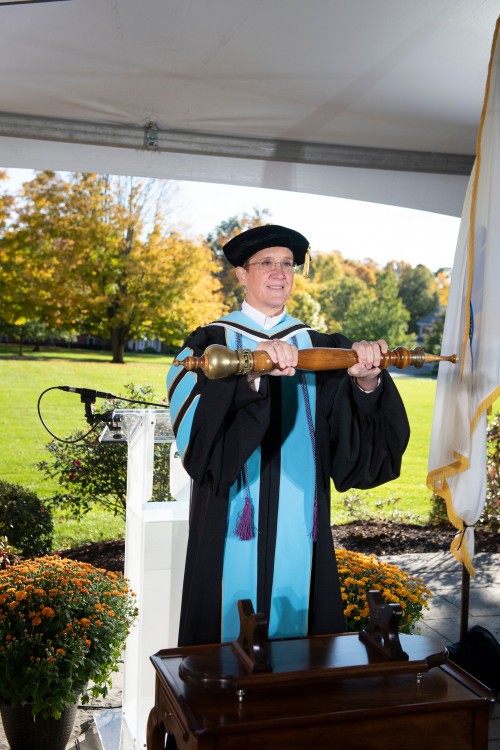 The Rev. Dr. Enzo V. Digiacomo then presented the Eagle Award on behalf of himself and his wife, Mary Louise Digiacomo. This award celebrates one who excels as an athlete, student, scholar, and citizen and was awarded to Lilly West ‘20. In her four years at Bay Path, she was a dedicated softball player and acted as their captain in the 2020 season.

From her sophomore year on, she was a passionate orientation leader and WELL peer mentor in addition to her role as a Student Learning Assistant in the Psychology department. Her other leadership positions included the President of Psy Chi and Vice President of Student Athletic Advisory Council (SAAC). Earning the Dean’s List for each of her eight semesters at Bay Path, she is a member of the Maroon Key Society and graduated with an overall GPA of 3.83. An engraved plaque will be placed in the Carol A. Leary Atrium commemorating Lilly’s impressive accomplishments and contributions to the Bay Path community.

Following this, Chair of the Board of Trustees Jonathan Besse presented the PathFinder Award. This award, which celebrates a One Day program or The American Women’s College student with a 3.5 GPA or above, was awarded to Karen Vecchito. Committing to work and school full time, she also found time to volunteer with her local Lions Club.

Even though online interaction only, Karen’s professors recognized her passion and dedication to her degree. She was offered the role of TAWC Peer Mentor, helping other busy women manage time to achieve their educational dreams.

At the end of the program, the undergraduate and associate degrees were exuberantly presented by Kevin Barlowski, Professor of Theatre and the Performing Arts. Although graduates wished for an in-person graduation, the motivating words of dedicated faculty and staff make the university’s first virtual commencement one of the most memorable. 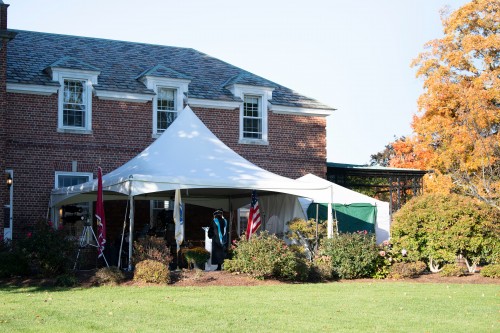 As the final sound check neared its end under tents next to Empsall Hall, Dr. Andrea R. Hickson-Martin was heard joyfully exclaiming, “See ya later 2020!”, which can be imagined to be the same thought our hardworking graduates had as their names were called and degrees were received.

All images by Leah Martin Photography