We are closely monitoring the COVID-19 developments. Please see the latest updates, including a Commencement 2020 Update. Please click here.

Due to concerns around the Coronavirus and following guidance from the CDC, WHO and Massachusetts Department of Public Health regarding large gatherings, Bay Path University made the decision that our Kaleidoscope event with Dr. Andrew Lam is being postponed until fall.

Dr. Andrew Lam is an award-winning author, historian, and surgeon whose writing has appeared in The New York Times and The Washington Post. He will explore the historical background behind Repentance, his newest novel based on the history of the 442nd Regimental Combat Team, a group of Japanese American soldiers who fought valiantly in Europe while many of them had families incarcerated in camps like Manzanar at home.

Dr. Lam’s prior books include Saving Sight, an Amazon bestseller about his career as a retina surgeon, and Two Sons of China, a novel of WWII in China that won a Foreword Reviews Book of the Year award in 2014. He has provided commentary for NPR and PBS Newshour and is currently an Assistant Professor at UMass Medical School, attending surgeon at Baystate Medical Center, and Trustee of Bay Path University. 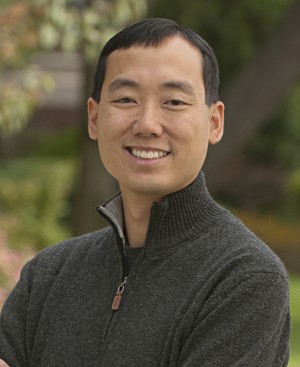 Post-talk books for sale and signings.