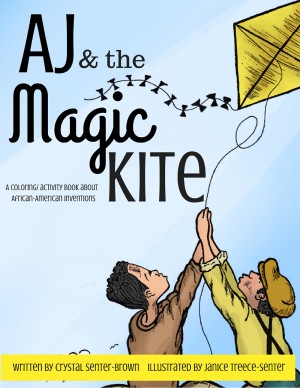 Crystal Senter-Brown will discuss her latest book, AJ and the Magic Kite. After being teased at school about the color of his skin, AJ meets a new friend named Jerome. Jerome uses a magic kite to show AJ how the world would be without some of the most important African-American inventions. 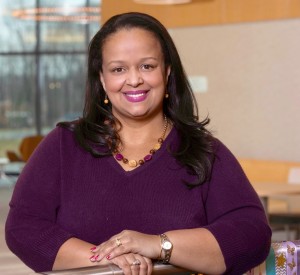 Crystal Senter-Brown's life's purpose can be summed up in four words: Empowering Women and Children. And Crystal lives her purpose every single day, whether it is by publishing books that teach children the importance of being kind to others, leading writing workshops in the community, or speaking at local schools.

Born in Morristown, TN, to a bass playing Baptist preacher and a painter, Crystal discovered poetry at the age of 6. She has since graced hundreds of stages across the United States and abroad. She has authored seven books to date: AJ and the Magic Kite, But Now I See, But You Have Such a Pretty Face, Doubledutch, Gabby Gives Back, Gabby Saturday and the Rhythm in Blue, which was turned into a feature film and won 13 awards at film festivals around the world.

A first-generation college student, Crystal is a two-time graduate of Bay Path University where she earned her B.S. and Masters in Nonprofit Management and Philanthropy. Crystal also taught in the Women as Empowered Leaders and Learners Program at Bay Path for four years, where she earned the Outstanding Adjunct Faculty Award. Crystal has worked in the nonprofit/ education field for the past 20 years.

Most recently, Crystal is the recipient of numerous awards including BusinessWest Difference Maker, Bay Path University’s Pathfinder Award, 100 Women of Color, Delta Sigma Theta Sorority, Inc.’s Trailblazer Award and 25 Women to Watch. She has also recently received grants from the Springfield Cultural Council and Unify Against Bullying for her children’s books.

A proud member of the Springfield Alumnae Chapter of Delta Sigma Theta Sorority, Inc., Crystal is the Director of Employer Relations at Bay Path University. She lives in New England with her husband, son and a hair tie-stealing dog named Venus.

Post-talk books will be available for purchase and signings.