Kristine Bunch, Executive Director of JustIS 4 JustUS, Inc., will share her story of wrongful conviction and incarceration and talk about her work to help other exonerees. 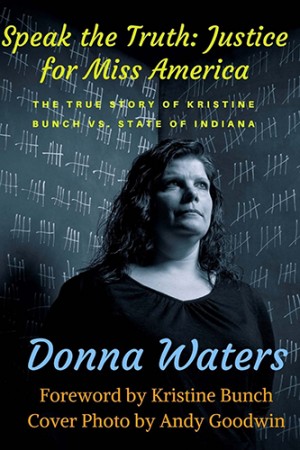 Kristine spent more than 17 years behind bars after she was arrested and charged with setting a fire that claimed the life of her three-year-old son, Anthony. Although a defense expert testified that the fire was accidental, two experts for the prosecution testified that an accelerant was used and therefore the fire was arson. Jurors believed the prosecution witnesses and found Kristine, then 22 and pregnant, guilty of murder and arson. She was sentenced to concurrent prison terms of 60 years for murder and 50 years for arson. Eleven years later, the Indiana Court of Appeals reversed the conviction. Kristine, who had earned undergraduate degrees in English and anthropology from Ball State University in prison, was released on her own recognizance — 17 years, one month, and 16 days after her wrongful arrest. She walked out of the Decatur County Jail into the arms of her family, who had steadfastly supported her throughout her ordeal. Eight days before Christmas 2012, the prosecution dropped all of the charges.