The Path Forward: our plan that details the opening for fall 2020. Read Plan Here >

Do you love books? Join us for our 10th annual gathering of local book clubs and book lovers.

Participants will have the opportunity to: 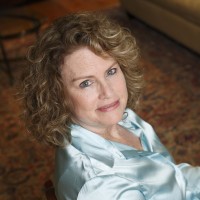 Kate Clifford Larson is the author of three critically acclaimed biographies: Rosemary: The Hidden Kennedy Daughter (2015), a New York Times best seller and winner of the 2016 Mass Book Award; Bound for the Promised Land: Harriet Tubman, Portrait of an American Hero (2004), optioned by HBO for an Original Movie; and The Assassin’s Accomplice: Mary Surratt and the Plot to Kill Abraham Lincoln (2008). With degrees from Simmons College and Northeastern University, and a doctorate in history from the University of New Hampshire, Larson specializes in 19th and 20th century U.S. Women’s and African American History. She has been a consultant and interpretive specialist for numerous museum and public history initiatives focusing on the lives and contributions of women in the making of our national identity. Rosemary, her latest work, reveals the central role intellectual disabilities and mental health issues played in the tragic life of the Kennedys’ eldest daughter, and how Rosemary’s legacy lives on in our nation’s efforts to accommodate differently-abled people. Larson lives in Winchester, MA. 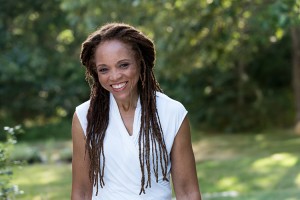 Sophfronia Scott lives in Sandy Hook, Connecticut where she continues to fight a losing battle against the weeds in her flowerbeds. She holds a BA in English from Harvard and an MFA in writing, fiction and creative nonfiction, from Vermont College of Fine Arts. Her forthcoming novel will be published by William Morrow/HarperCollins in September 2017. She also has on the way an essay collection, Love’s Long Line Alone, from Ohio State University Press and, in December, a spiritual memoir, A Child of Faith: Raising a Spiritual Being in a Secular World, co-written with her son, Tain, from Paraclete Press. Sophfronia teaches creative writing at Regis University’s Mile High MFA, as well as Fairfield University and the Fairfield County Writers’ Studio, and has recently joined the faculty of Bay Path University’s MFA in Creative Nonfiction. Her website is www.Sophfronia.com. 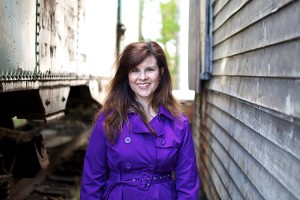 Alexis Paige is the author of Not A Place On Any Map, a memoir in vignettes about the geography of sexual assault and addiction, which won the 2016 Vine Leaves Press Vignette Collection Award. Her essay “The Right to Remain,” published by The Rumpus in March 2015, was named a Notable in the 2016 Best American Essays anthology. Paige’s recent essay, “Syringa Vulgaris,” appears in the 2017 anthology A Second Blooming: Becoming the Women We are Meant to Be, and explores the author’s twin obsessions with the neurobiology of trauma and the common purple lilac. Other work appears in Hippocampus, The Manifest Station, New Madrid Journal, Fourth Genre, The Pinch, Pithead Chapel, and on Brevity, where she is an Assistant Editor. Three-time Pushcart Prize nominee and twice a top-ten finalist in Glamour Magazine’s essay contest, Paige won the New Millennium Writings Nonfiction Prize in 2013 for the essay “The Geography of Consolation.” She holds an MA in poetry from San Francisco State University and an MFA in nonfiction from the University of Southern Maine, and teaches writing at colleges and workshops throughout New England. Paige writes from a converted farmhouse pantry in rural Vermont, where she lives with her husband, and their two dogs, Jazz and George. She can be found online at alexispaigewrites.com 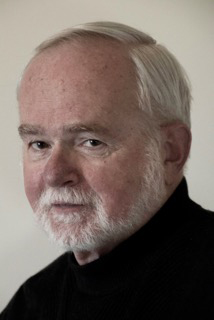 Ed Orzechowski is the author of You’ll Like It Here—The Story of Donald Vitkus, Belchertown Patient #3394, a narrative nonfiction book recently published by Levellers Press of Amherst, Massachusetts. His features and columns have appeared in The Journal Register, The Springfield Republican, The Daily Hampshire Gazette, Early American Life magazine, and other publications.

He is president of Advocacy Network, a volunteer organization for families and guardians of individuals with developmental disabilities. He has written for The Voice, the national newsletter of VOR, and has lobbied Congressional offices in Washington in support of legislation to protect the rights of the intellectually disabled.

Ed is a retired high school English teacher and radio news reporter. He and his wife Gail live in Northampton, Massachusetts.