Think of the first­-year read as your first assignment as part of WEL100. While engaging in assignments, activities, and discussions based on the book, you will begin life as a college student by exploring themes (particularly ones relating to the University Theme) while engaging in dialogue with the Bay Path community.

We are pleased to announce the first year read for fall 2019 is, The Moth Presents Occasional Magic edited by Catherine Burns: 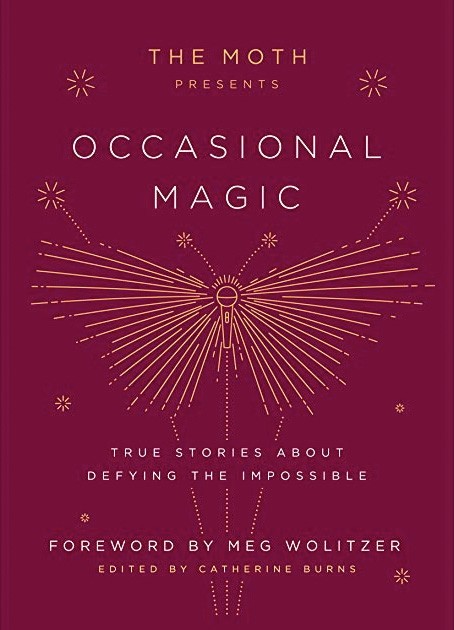 Carefully selected by the creative minds at storytelling phenomenon The Moth, and adapted to the page to preserve the raw energy of stories told live, onstage and without notes, Occasional Magic features voices familiar and new. Inside, storytellers from around the world share times when, in the face of seemingly impossible situations, they found moments of beauty, wonder, and clarity that shed light on their lives and helped them find a path forward.

From a fifteen-year-old saving a life in Chicago to a mother of triplets trekking to the North Pole to a ninety-year-old Russian man recalling his standoff with the KGB, these storytellers attest to the variety and richness of the human experience, and the shared threads that connect us all. With honesty and humor, they stare down their fear, embrace uncertainty, and encourage us all to be more authentic, vulnerable, and alive."

2018 - 2019
The Moth Presents All These Wonders
Edited by: Catherine Burns