Our students and alumni talk about their experience in the program and how it has affected their lives. 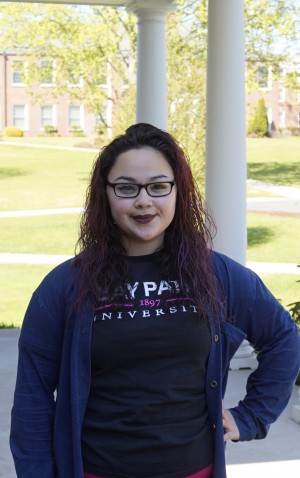 Maryanisa visited multiple colleges but knew she’d found her home the minute she stepped onto Bay Path’s campus. “It just felt right,” says Maryanisa, only later discovering that her maternal adoptive grandmother is a 1963 Bay Path grad! Maryanisa first declared a General Psychology major and gained relevant internship experience as a Program Facilitator at Holyoke’s Girls Inc. of the Valley as part of the CoOp Program and as an assistant to the coaches at West Springfield’s Brain Balance Center. She switched to Neuropsychology after getting to know the director of Bay Path’s Neuroscience program. The two first met on a job shadowing trip to the Berkshire Hills Music Academy, a music school for individuals with intellectual disabilities, and they became close as fellow actors in Bay Path’s production of “The Lion, the Witch, and the Wardrobe” in 2017. “I was a tree, a very small role,” laughs Maryanisa. “But a theater show was on my bucket list, and the experience led me to Neuropsychology, which was exactly the new challenge I was craving.” For her major’s research requirement, Maryanisa studied peers taking boxing and yoga classes to see how exercise affects cognition and working memory. (Spoiler alert: Boxers have quicker response time!) Outside the classroom and lab, she stayed busy as Orientation Leader, Peer Mentor, Student Learning Assistant for Psychology 101, and member of the Student Events Committee -- student life roles that are sure to inform her hoped-for career as a college Dean of Students. Planning to begin Bay Path’s Master of Higher Education program in fall 2019, Maryanisa is on track for her goal.