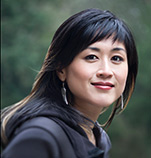 Jenn Lim is the CEO and Chief Happiness Officer of Delivering Happiness, a company she and Tony Hsieh (CEO of Zappos) co-created to inspire happiness in work, community and everyday life.

In 2005, she created the first Culture Book for Zappos – now on its 7th edition – and has produced them ever since. In 2009, Zappos was sold to Amazon.com in a deal valued at $1.2 billion on the day of closing, and in 2011, Zappos was #6 on Fortune’s “100 Best Companies to Work For” list. The Culture Book has become a global symbol of how companies can successfully create cultures based on happiness and be profitable at the same time.

In 2010, Jenn led the launch and management of Tony’s first book (Delivering Happiness) which sold over 220,000 copies internationally and hit #1 on numerous bestsellers list (including the New York Times, Wall Street Journal and USA Today). It was voted one of the best business books in 2010 by NPR, Inc. Magazine and the Wall Street Journal, has remained on the New York Times list for 27 weeks and has been published in over 17 countries/languages because of her efforts.

With the success of the Culture Book and Delivering Happiness, she’s spoken at companies, universities and organizations such as Twitter, Pixar, Stanford, UCLA, the Entrepreneurs’ Organization, NAWBO and the American Marketing Association. Prior to becoming CEO and Chief Happiness Officer, Jenn consulted in a number of industries, including the internet, branding, writing and graphic design.

Today, she’s dedicated to growing the social venture of Delivering Happiness to spread and inspire happiness, day by day. 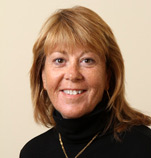 Janet Callahan currently holds the position of President and COO of a second generation family owned heavy highway and construction materials company - Palmer Paving Corporation. She has served in this capacity since 2006.

Her responsibilities include oversight of all operations of the company to ensure the highest possible profitability while focusing on environmental stewardship, safety, cost effective resource management, quality and customer service. She has extensive knowledge and experience in business development, strategic planning, administrative and financial management as well as labor relations. She also is responsible for the oversight of numerous family business operations that support the core business.

She has served and currently serves as a board member on several industry related trade groups – including board member, officer and Chairwoman of Construction Industries of Massachusetts in 2010-2011.

A critical component of her business and personal life is in giving back to the community in a number of ways. Janet oversees the company’s extensive community-based giving program. She also serves on numerous community-based organization boards including Vice Chair of The Yellow House – a cultural lifelong learning center in Palmer and ROCA – a high risk youth organization located in Springfield and Chelsea MA.

Janet holds a BA from Trinity University in Washington DC, a MS in Communications Management from Simmons College and is a graduate of the Harvard Business School (OPM) Owner President Management Executive Education Program. She has lived overseas for extended periods of time and has been able to transfer her knowledge of international culture and business into her business and personal life.

She is a passionate outdoors person and enjoys everything that life has to offer: the arts, reading, language, yoga, skiing, golf, biking, and running. She is currently training to compete in a community mini-triathalon this summer – something that has become an important bucket list item!