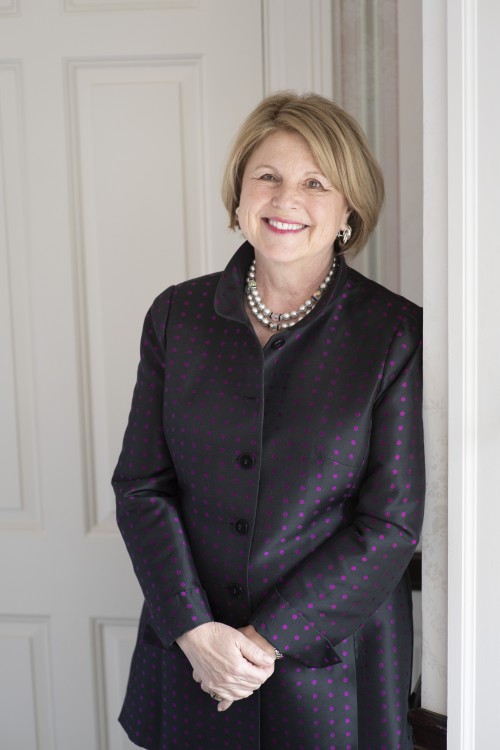 Sandra J. Doran, J.D., was unanimously elected by the Bay Path University Board of Trustees in February of 2020 to be the university’s sixth president. She began her tenure on June 30, 2020 with the goal of strengthening the institution's mission of empowering undergraduate women and graduate women and men to become leaders in their careers and communities and to develop a vision and blueprint for the future.

Doran possesses a deep personal and professional commitment to women’s education, dedicated to providing women with the skills to succeed as change agents in their professional lives, their families, and their communities. She is passionate about the University’s vision that “At Bay Path, every learner’s dreams of a better career, a richer life, and a brighter future will be realized.”

Doran brought her action-driven mindset and collaborative leadership to Bay Path at a time of unprecedented worldwide public health and social justice challenges. Through her steadfast commitment to the health and well-being of the Bay Path community, and a leadership style focused on building teams, the campus continued to thrive and eﬀectively serve students by leveraging Bay Path’s 15 years of experience and expertise in providing cutting edge online learning and learner support. On the ﬁrst day of her presidency, she established the Diversity, Equity, and Inclusion Advisory Committee to the President, reinforcing DEI as central to the University’s core values and as a foundational building block for a strong organizational culture. In December of 2020, she launched One Bay Path, a community-driven strategic planning process in support of the University’s mission.

Prior to Bay Path, Doran served as President of Salem Academy and College, founded in 1722 and the country’s oldest women’s academy, where she successfully developed and implemented a coherent vision and plan for the future focused on innovative student learning experiences.

Previously, Doran served as the President of American College of Education, an online doctoral institution, serving more than 3500 students, that oﬀers aﬀordable and accessible programs to working teachers.

During her tenure as Vice President, General Counsel and Chief of Staﬀ at Lesley University, she directed the major initiatives of the President’s Oﬃce through coordination and oversight of the University’s executive management team.

As Chief Legal Oﬃcer for Shaw’s Supermarkets, Inc., Doran was a member of the executive team responsible for the growth of the company from $100 million to $2 billion in revenue.

Doran serves on several national boards, including Board Chair of the Association for Advancing Quality in Educator Preparation, board member of the Online Learning Consortium and member of the tax committee of the National Association of Independent Colleges and Universities. She also serves as a Glenmeadow Corporate Ambassador.

Doran received her BA in Political Science from Southern Methodist University and her Juris Doctorate from Syracuse University College of Law.