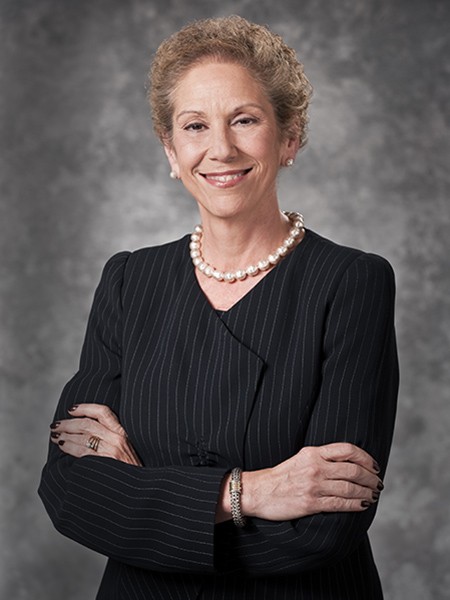 A native of Bridgeport, CT, Dr. Ann Errichetti returned to New England in the summer of 2018, after successful careers in health care management and in cardiology.

From 2016 to 2018, Dr. Errichetti served as the Chief Operations and Academic Officer at Presence Health, a $2.6 billion Catholic health system in Chicago and the southwest suburbs with 12 acute care hospitals, 25+ senior living facilities, and 16,000 employees. She was a core member of the turnaround team which improved operating performance by $200 million and which led to a successful acquisition by Ascension Health in 2018.

In addition to her role as President, Dr. Errichetti held the position of Chief Academic Officer for Advocate Health Care, serving as the liaison between three medical school affiliates and more than 600 medical residents and fellows throughout the Advocate system. Dr. Errichetti was also appointed Associate Dean at Rosalind Franklin University, Chicago Medical School.

Dr. Errichetti is a Fellow in the American College of Cardiology and a member of the American College of Healthcare Executives. She serves as Vice-Chair of the Veritas Charter Prep School Board in Springfield and Co-Chair of the Advisory Council of Dress for Success Western Massachusetts. She previously served on the Springfield Symphony Orchestra Board; Albany Symphony Orchestra Board; the Board of Lamb’s Farm in Libertyville; the Lake County Regional Board, American Cancer Society; the Board of Directors, Gift of Hope; and Alternate delegate, American Hospital Association Regional Policy Board, Region 5.

Dr. Errichetti was the 2015 recipient of the Key Bank Key4Women Achieve Award as well as the 2015 “Women Who Mean Business” award from the Albany Business Review. She was the 2010 recipient of the Chicago Health Executives Forum Healthcare Leadership Award, the 2010 Lake County YWCA Women of Achievement Award for Health Care, and the 2010 Community Service Award from the GLMV Chamber of Commerce. In addition, Dr. Errichetti has been named twice to Becker's "130 Women Hospital and Health System Leaders to Know" and Becker's "100 Physician Leaders to Know".