When Dr. Andrea Hickson-Martin enters a room, she immediately projects a presence of confidence and authority. Perhaps this self-assurance comes from her years as a social studies teacher in the classroom, or from her athletic prowess on the courts and the playing fields. Yet, this accomplished woman, who has been inducted into both the Cathedral High School Athletic Hall of Fame, Class of 2011, and the Elms College Athletic Hall of Fame, has struggled with a hidden demon that impacts both women and men across the social spectrum: impostor syndrome. A term first coined in the 1970s, impostor syndrome is an internalized fear that even when you have done something great or noteworthy, you actually don’t deserve the praise or the accolades. For many, there is a nagging feeling that eventually you will “be found out.” It’s estimated that 70% of people will experience impostor syndrome at some point in their lifetimes, and, in fact, the list of people who have admitted publicly to have dealt with this condition is surprising: Tina Fey, Sonia Sotomayor, Maya Angelou, Jodie Foster, Lupita Nyong’o, Meryl Streep, and Michelle Obama, among others. Dr. Hickson-Martin’s story is one of overcoming the obstacles of impostor syndrome to lead an authentic life—a life of peace and balance.

Photo caption: Proud of her Irish heritage, Professor Hickson-Martin is holding a depiction of the word “Pride” in Ogham, the earliest form of the Irish language. Using a series of perpendicular and intersecting lines, Ogham represents the Latin alphabet with 20 characters.

“To some extent, I still suffer from impostor syndrome, but I’ve come a long way in dealing with my situation. Looking back, I think impostor syndrome began for me in high school. Although I was a very good athlete, I was not a strong student. In my junior year, my guidance counselor told me I was not college material. Now, I think for any person at that age, those are difficult words to hear. She recommended that I should think of a different career or some type of vocation. 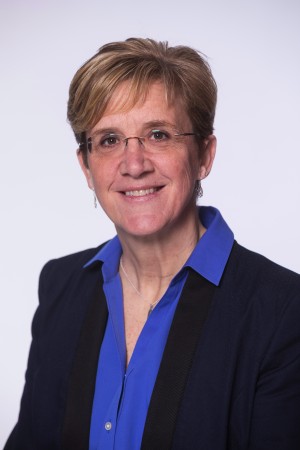 This label—that I was not college material—stuck with me for a long time. Although I knew it was important to go to college, neither of my parents had a high school diploma so I couldn’t turn to them for advice. I decided to go to Springfield Technical Community College (STCC), and thankfully, I earned good enough grades to transfer to Elms College and play sports. In the meantime, I had to figure out what I wanted to do with my life. I decided to become a teacher because it was very similar to coaching, a form of teaching that I was very passionate about. Even back then, I questioned myself about becoming a teacher. Maybe the guidance counselor was right that ‘I just skated by in life.’ Who was I to be standing in front of a classroom? Always, there was doubt. Eventually, I earned a master’s and then a doctorate, but that still didn’t silence my emotional inner child that believed I was not good enough.

I also knew there were other things in my life that I also had to reconcile. While I was at Elms College, I finally acknowledged to myself that I was gay. When I told my mother, she said to me, ‘You are dead in my eyes. I no longer have a daughter.’ She essentially disowned me. Eventually, we got back together, but we never talked about that part of my life. Over the years, I learned impostor syndrome was really an outgrowth of hiding who I really was and I had to deal with this . And then I met my wife, Kathy. She has been the best thing that has happened in my life. One of the suggestions to overcome imposter syndrome is to seek out support. I’ve been fortunate in that with her help, I’ve been able to change my thought process and learn to accept myself on my own terms. Often, people who have impostor syndrome feel deep down they are left out. They are on the outside looking in. When I begin to think that way, I have a different inner voice that says: 'No! I am worth it. I have worked hard and I have earned this.' Now, when students see me on campus, I hope they can realize there are others who have had to struggle with impostor syndrome and they can come out on the other side. I have, and they can too.”